History of the
Temple of Peace

The Welsh National Temple of Peace and Health 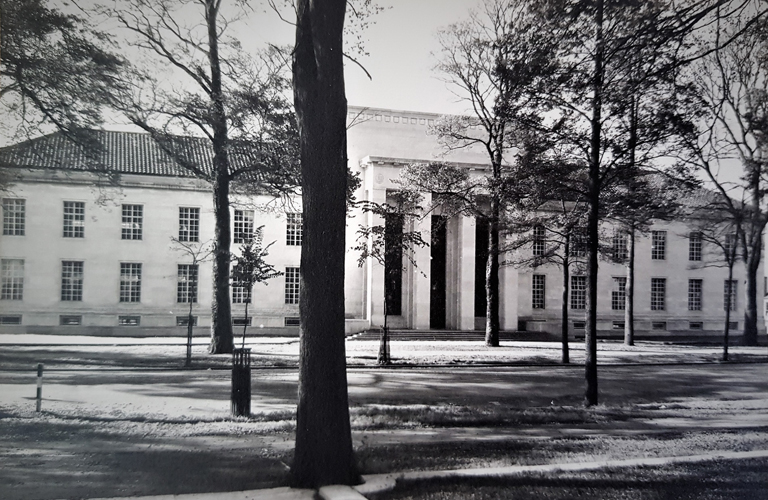 The Temple of Peace is a building designed to change the world.

Founded in November 1938, the Temple was conceived by Lord David Davies of Llandinam after his experience serving in the trenches during the First World War. An MP and philanthropist, Lord Davies had dedicated his life to combating the dual evils of disease and war: the Welsh National Temple of Peace and Health was to be his lasting gift to the Welsh people.

Yet Lord Davies didn’t want the building to be a ‘mausoleum’: he wanted it to be a place of inspiration, somewhere that actively furthered the causes of peace, justice and health. It would house two organisations Lord Davies had helped found: in the health wing, the King Edward VII Welsh National Memorial Association, an organisation founded in 1912 with the aim of eliminating tuberculosis in Wales; in the peace wing, the Welsh National Council of the League of Nations Union (LNU), a voluntary organisation which supported the League’s work to preserve peace worldwide.

More than that, though, Lord Davies hoped that the building would constitute ‘A New Mecca’: a place of pilgrimage to which people from around the world could march and pledge themselves to peace.

Learn more about the Temple and its founding principles at the WCIA website.

History of the Temple of Peace Video